The DREAM Replicated Edge Agency Machine, is not really a machine. It’s more a methodology, a political approach to free technologies that enable people on the edge to create agency together.

Taking the opportune convergence of @spacekookie’s presence and @pukkamustard’s alpha release of Distributed Mutable Containers (DMC), we wanted to question group collaboration on the edge with Peer-to-Peer experts from Briar, Irde.st, and RetroShare, and to see how such group collaboration could, on Kookie’s proposal, become a software syndicate to engage like-minded researchers to share practical grounds: specifications, test cases, documentation, and more…

This is an invitation to bring group collaboration back in P2P.

An alpha release of the reference implementation of DMC is scheduled for June 30th. You can read some background reference on data model and data storage. The Dromedar repositories contain OCaml code.

A framework for building decentralised networks via a routing algorithm, web of trust, and message store & forward protocol that allows for delay tolerant communication off the grid. Some (work in progress!) documentation can be found here or on the https://irde.st website.

@spacekookie is willing to open cooperation across peer-to-peer projects through the creation of a Syndicate that would enable shared specifications and test cases, collaborative documentation, etc.

Briar is a messaging app designed for activists, journalists, and anyone else who needs a safe, easy and robust way to communicate. Unlike traditional messaging tools such as email, Twitter or Telegram, Briar doesn’t rely on a central server - messages are synchronized directly between the users’ devices. If the Internet’s down, Briar can sync via Bluetooth or Wi-Fi, keeping the information flowing in a crisis. If the Internet’s up, Briar can sync via the Tor network, protecting users and their relationships from surveillance.

Retroshare is all about sharing and communicating with trusted Friends. This is the core design of Retroshare: a decentralised Friend-2-Friend network, which allows you to share stuff … not with the whole world… but with people you know and trust.

See below for final text…

Heather Marsh’s A Societal Singularity article in Autonomy, Diversity, Society seems very relevant to me to both this discussion and the larger #thx-topic of collective radical care.

Here’s a collage for the latter: a-societal-singularity.pdf (630.0 KB) 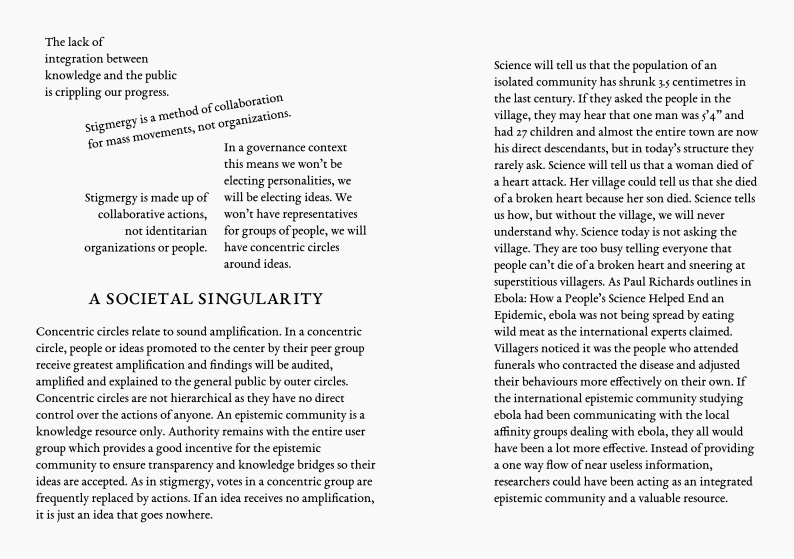 And a quote for the former:

In open source software, the code for each project is available for all to see. Even if the end user cannot understand the code, they can go to discussion groups or listen to programmers who have read and audited the code, and they can read the bug reports. Any urgent bugs will be broadcast to the general population and amplified by media as we have seen many times. The people with the greater knowledge of the system will provide knowledge bridges for people at a more novice level and increasingly, that is how people are learning to code. Good ideas from forum discussions can be read and possibly implemented by the developers as well. Transparency goes both ways.

Open source software projects with forums open to all are a perfect working example of fully transparent and audited systems of elite knowledge. While the decisions are made by the developers, input, review and acceptance or rejection of the software is the right of the user group. If the developers refuse to listen to the user group and another development team is willing to work on the project, the original code can be forked and modified to meet the user requirements. This means existing ideas can only be opposed by another fully developed, open and transparent epistemic community which also must be audited by knowledge bridges. They can’t be attacked just by demagogues and rhetoric. They can only be opposed by another working solution, so the user group has a choice between two or more working solutions instead of simply rejection or acceptance. This is only possible if the information is free for anyone to use or modify. Ownership of ideas is in complete opposition to both stigmergy and concentric circles, so it is in complete opposition to rapid progress, finding the best solutions and self governance.

The open software movement has driven most technology based fields into a flat and accessible relationship with the public and social media has done the same for journalism. As people become more accustomed to real and participatory news and culture, they will demand the same of science and academia. As science and academia develop their own direct relationships with their user communities, they will be in a position to shun those in industry or politics who refuse to support them or attempt to manipulate them. Politicians and industrialists are not necessary in a fourth age societal structure. Knowledge industries are and it is essential that local affinity groups learn how to communicate and support them directly.

We can never have idea and action based governance without the reliable information provided by fully open, transparent, epistemic communities and knowledge bridges. The ability to create a body of knowledge for review must not be restricted to one class. Access to and ownership of our knowledge must be a human right.

As science and academia develop their own direct relationships with their user communities, they will be in a position to shun those in industry or politics who refuse to support them or attempt to manipulate them.

As of now Science and academia tend to reproduce corporate biases in order to communicate with the larger public. If we wanted to get away from this scheme it feels we should organise networks of independent research centers and knowledge producing organisations. In different places. Such developments are in progress maybe listing existing ones can be useful.

Politicians and industrialists are not necessary in a fourth age societal structure. Knowledge industries are and it is essential that local affinity groups learn how to communicate and support them directly.

According to Heather Marsh, the fourth age reclaims « a new framework for society building, more diverse, flexible and mutually supportive »: « A fourth model for nations must meet both our social needs and our need to develop to our full potential, ensure local autonomy but protect global commons, and put social responsibility back in communities but provide a global safety net for those shunned or harmed locally. »

I find it relevant to come back to Elinor Ostrom’s principles for the governance of the Commons (PDF) using intertwingled[1] polycentric systems, especially Rule 8 (see also pages 281 and following):

The seventh and eighth principles are targeted at a higher level of governance. They could be translated as:

These are not, of course, the only questions appropriators and officials should ask in an effective design process, but they can be thought of as a good beginning.

What are we talking about:

What is this software we are talking about, what are the decision processes they refer to. 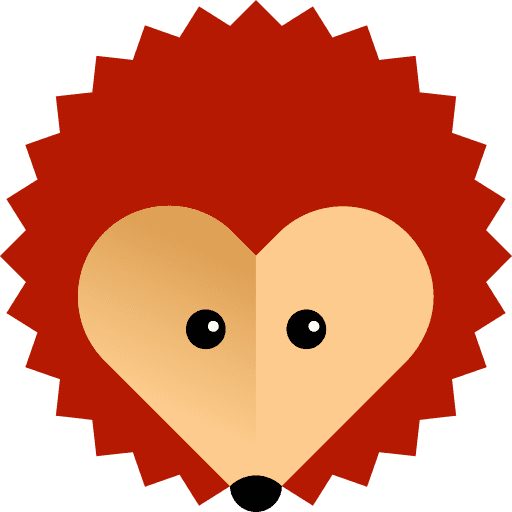 A post was split to a new topic: On software syndicalism

A post was split to a new topic: Software Syndicate For Whom