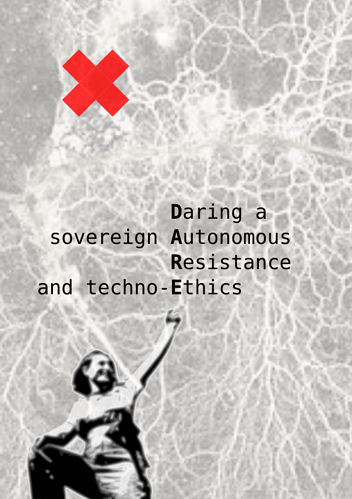 Radical care: back to basics

The etymology of the word “care” makes one dream; to bring attention to, and concern for, as well as the necessity and the responsibility; it develops for the notion of care several complementary meanings of which the preponderant use which has been made for the past year and a half “of care” and “of care workers” is only the fifth and last meaning listed by the Littré: before this one one finds there:

From this observation that “care”, particularly medical care, forms only a relative part of the polysemy of the word “care”, comes the notion of “radical care”. In activist and resistance circles, practices are developed around mutual aid, which recognize the polysemy of « care ».

“Radical care” is practiced by the person who will welcome you to inform you when you arrive as a new employee in an exploited work; it is the solidarity that you set up in your community; the one of the street medic during a demonstration, or the numerous resources of a self-managed social center. These multiple solidarities, are as diverse as the groups and spaces that produce them, each have singular organizations. It is their complementary existence that allows the reproduction of resistance environments and their continuity “in a joint and entangled way”, here and now, in the cracks of the globalized oppression produced by man’s organizing dream. These strategies of solidarity and care respond to the needs and capacities of the groups that produce them, they are modalities unique to “radical care”.

In its proper sense, mutual aid does not describe a program that provides unidirectional assistance for others the way a charity organization does. Rather, it is the decentralized practice of reciprocal care via which participants in a network make sure that everyone gets what they need, so that everyone has reason to be invested in everyone else’s well-being.

Caring today requires an extended consciousness that challenges the very foundations of Western modernity: against humanism, recognizing unity of the world in the diversity of its living and non-living expressions; against equality, recognizing the oppression of power relations whose different forms accumulate to affect differently people who suffer them; against oligarchy, recognizing the asymmetry of power relations, the systemic corruption and lies that result from them, the persistence of the state in dismembering all that is common, the public space, the dignity of the most vulnerable and our communities; against patriarchy, recognizing the racist, sexist and violent foundation of white male domination; against universalism that masks the violent recourses of capitalism in all places of daily life as much as in the most distant of glances: universals do co-exist but are not expressed in the crushing of their differences; against capitalism, finally, recognizing that it has nothing of an “economic regime” but everything of a cancerous “chrematistic” – “art of accumulating” that endangers our very survival, for no reason other than a demented, sociopathic and suicidal dynamic.

Faced with these self-destructive homogenizing powers that have reached a global dimension and keep the world in an unprecedented violence, everywhere on the planet, collectives continue to organize against their hegemony, outside their sphere of influence, in the cracks of their organizing power, as well as in the very heart of this world-system. These rebels are concerned about the state of the planet, are concerned about the well-being of others, are concerned about endangered species, endangered spaces, endangered cultures, contribute to the transmission of knowledge and the deconstruction of power. Everywhere, collectives implement other ways of living together, in the respect of differences, in the affirmation of a radical power of mutual aid. It is to them that our call to work together is addressed: our intention is to gather contributions from experiences of collective radical care, from the margins to the centers.

The notion of use and exchange values, as well as the search for profit lead to favoring production (and its increase) to the point of denying the conditions of the reproduction of life. It is therefore necessary to recompose a society where the central attention is focused on the maintenance of the conditions of life on Earth before any idea that an invisible hand will organize the allocation of resources: it has been handcuffed for a long time and responds to the orders of the powerful whose quasi-divine privilege blinds them to the living conditions of the oppressed.

Placing reproductive work at the center of the economic regime is to give everyone a chance to make common sense of human action on our planet, rather than serving an ideal that has proven to be wrong, grotesque and futile.

In the current organization of health care, it is therefore first of all a question of putting back public hospital at the service of the communities, in the respect of their modes of solidarity; this allows us to understand, support and emphasize the social virtues of the radical care that they use on a daily basis.

Initiatives, such as Santé En Lutte, which have emerged in hospitals in recent years, put solidarity with the struggles of neighborhoods, communities, undocumented migrants, victims of police violence, etc. at the forefront. They consider that this solidarity is fundamental to the preservation of the public hospital in the same way as the struggle for dignified working conditions.

Transversality of struggles and radical questioning of the dominant hegemony call for dialogue, for cooperation, while respecting diverse experiences and situations. They participate to the vivacity of memories and the dialogue of differences, invitings to another form of radical care: transmission; a radical pedagogy generating possibilities of struggles against the “dominant hegemony” and looking for spaces where personal and collective freedom express themselves.

Radical pedagogy is historically inscribed in the thoughts of Paolo Freire, Bell Hooks and Henry Giroux. It starts from the “lived experience of oppression” which generates knowledge and ways of doing things, of radical care, from which the lessons must be drawn.

Radical pedagogy emphasizes the community models of peer transmission and shared learning found in feminist networks, for example. An apprenticeship that is based on diverse and autonomous knowledges acquired by different people in a community, and filling the gaps and inadequacies of institutional systems.

In a school setting, a teacher who wishes to practice radical pedagogy must first take a critical look at the institution itself and deconstruct the systems of domination that are usually reproduced there, in order to be able to rely on such community models.

The charitable approach considers the person in a vulnerable situation as having a deficit and aims to help him or her to overcome these deficits. It is therefore a colonialist approach that ignores the power relationships present and places the responsibility for the situation on the victim, while denying the victim’s autonomy and ability to “get out of it”: a paternalistic, infantilizing approach. On the contrary, solidarity recognizes a situation of oppression and places the person in solidarity with the victim in a parallel struggle against the sources of oppression from his or her own territory and not in a saving gesture: thus attacking the source of oppression from his or her privileged position, a solidarity position recognizes the victim’s ability to defend and self-determine without imposing “solutions”.

We place our proposal in this approach of mutual aid . Our care comes from the need to use the technical tools at our disposal to support the organization of struggles. As Audre Lorde declared that “the master’s tools will not dismantle the master’s house”, we note that very often collectives in struggle use tools designed to submit their attention to a regime contrary to their aspirations of emancipation.

We also find that our digital tools of struggle come from a privileged community that attempts (unsuccessfully) to organize itself to provide means that allow for the protection and organization of resistance. Our experience shows that these people engaged in the development of digital tools evolve mainly in a social bubble detached from the most obvious stakes of the systems of domination; consequently we evolve according to social codes which reproduce without our knowledge the said systems of domination.

It is therefore essential to interact outside of our privileged networks with the collectives in struggle in a spirit of solidarity and listening rather than in the perspective of providing solutions. This dialogue also participates in the political understanding of the relations of domination and their deconstruction. It allows us to envision the fabrication of digital tools intended for the self-determined organization of struggles and not their confinement in limiting technological practices, unsuited to their real needs of social transformation.

Taking care of the action

The framework of reciprocity might seem to lend itself to social stratification, in which people from similar social classes with similar access to resources gravitate to each other in order to get the best return on the investment of their own resources. But groups from different backgrounds can have access to a wide range of different kinds of resources. In these times, financial wealth may prove much less valuable than experience with plumbing, the ability to speak a particular dialect, or social ties in a community you never thought you’d find yourself depending on. Everyone has good cause to extend their networks of mutual aid as far and wide as possible.[2]

By relying on existing struggles and situations, our digital tooling approach works by the notion of proximity: the digital space becomes a space for meeting and coordinating irreducible differences, a heterogeneous space conducive to the transmission of knowledge, know-how, experiences, tactics, whose objective is to amplify local actions, in proximity to each other despite the distance.[3]

This approach contrasts with the use of the network as a means of communication and diffusion, which seems to us to monopolize vital energies outside their field of action in a media sphere mediated by the instruments of domination.

The free software community has developed tools and methods to collaborate effectively in a distributed way by minimizing the need for centralized coordination, notably by integrating into the very practices of these tools the capacity to report and track changes in the state of the software.

In order to propose the organizational tools of free software to networks of resistance such as Santé en Lutte or networks of peasant struggles, we need to enter into dialogue with these milieus in order to understand their uses and to establish together methodologies to amplify their capacity for collective action.

What do we mean by solidary presence?
Présence Solidaire